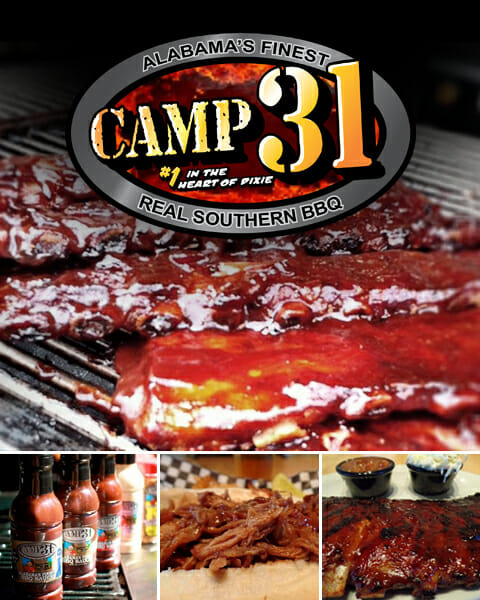 Camp 31 was founded in 1908 as a “Saw Mill” general store outside Brewton, Alabama. Camp 31 BBQ was established by Larry Murphy in 1985, and we’ve been serving up mouth watering authentic southern BBQ ever since. In 1986, the Brewton Police Dept. helped us enter our first BBQ cook off in Pensacoia, Florida. In the 1986 cook-off we won 3 first place trophies, and since, touring of the US and Canada has not stopped.

Along with the awards and trophies, we are still one of the highest productive BBQ teams on the road today, cooking the best Southern Style Bar=B=Que around – Slow smoked over hickory logs ensuring the tenderest meat and the most flavourful rib experience!

Experience this vendor at the following upcoming events