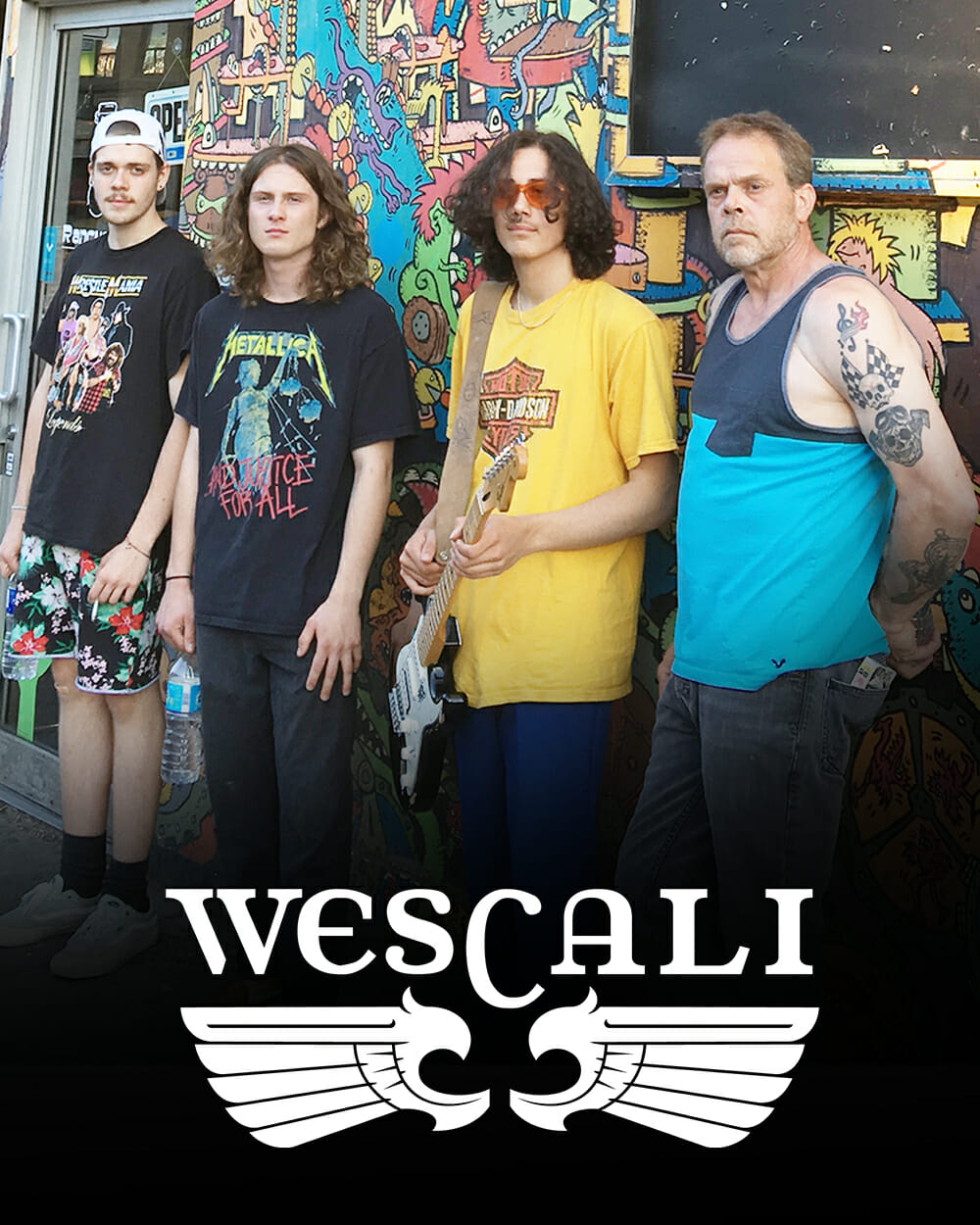 Introducing Wescali, a classic and psychedelic rock band from Haliburton Ontario. Wescali are a group of young guys reviving classic rock for their generation. The band includes Liam Bergman (vocals), Cam Espina (lead guitar and back up vocals), Wes Stoughton (drums) and Shawn Stoughton (bass guitar). The band formed in February of 2018 and performed for the first time on stage together at the 2018 Battle of the Bands, where they debuted their first original song ‘Buffalo Slander’. Wescali won the Battle and went on to create other original songs such as ‘The Sugar Song’, ‘Blue Pond Place’, and ‘Acid Jam’. The band has since performed at local events such as the Haliburton Junction Skate Park Opening, The Youth Hub Keys Ceremony, Haliboo MusicFest, headlined the Rotary Carnival and performed at the famous rock-house, Lee’s Palace. Wescali are set to play the Classic Rock Night at RibFest 2018 on August 25th, Drumfest on September 1st and will be performing at the legendary Horseshoe Tavern on October 3rd in Toronto.

Wescali are members of the Kindness Matters Movement, in support of their dear friend Phoenix Acero, who their community tragically lost due to bullying. Wescali’s logo includes a Phoenix, a tribute to their dear friend who they honour every time they take the stage. They are proudly involved in the local Youth Hub initiative. Follow Wescali on social media for upcoming shows.