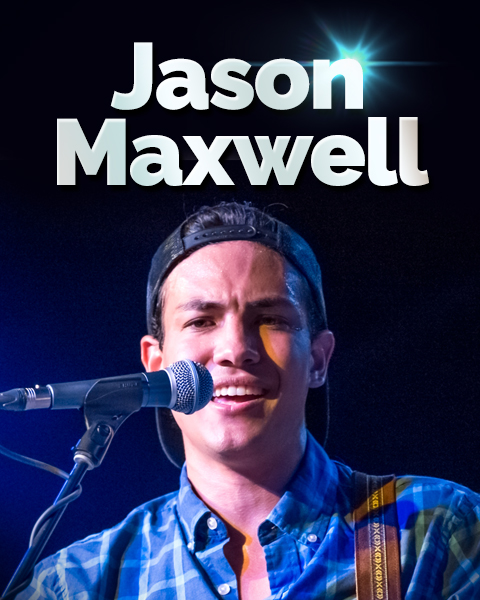 Jason Maxwell is a country singer-songwriter and recording artist from Thornhill, Ontario. His passion for singing was apparent at a very young age, singing around the house for family and friends. Jason picked up a guitar at 12 years old and his musical aspirations have since flourished into a career as a full-time artist. Jason is currently working on his debut EP with his first single set to hit Canadian Country Radio in early 2017.

Jason’s path into the Canadian Country Music scene has been slightly unconventional, beginning by simply posting a few videos of his musical pedigree on social media. After a few months of showcasing his vocal & guitar-playing skills online, Jason was recruited to perform with a local country group. After gaining a wealth of experience performing live on-stage, he has since progressed to a career as a solo recording artist – Jason possesses a wide range of performance experience from concert venues to weddings and everything in between.

His online following continues to grow on social media, particularly on Instagram as he has amassed 11,000 followers in just over one year. This kind of rapid growth is a feat very few artists have achieved, especially prior to the release of a debut album. His ever-growing fan base is a true testament to how Jason connects with his fans - in response, his following has continuously and consistently supported him throughout the early stages of his career.

The summer of 2016 was a groundbreaking touring season for Jason, highlighted by a performance as the opening act for a sold-out Chad Brownlee concert. Followed up by several performances around Northern Ontario and Toronto, Jason finished in the top 5 at the annual Kempenfest North of Nashville Star contest hosted by KICX106.

Jason’s musical influences set him apart from others in the industry as they aren’t exactly what you would expect from a traditional country singer. At a young age, Jason was fascinated with Rock & Roll as well as R&B music. It wasn’t until his later teen years that he discovered his true passion for country music. The music he listened to growing up is prevalent in his songwriting as his songs provide a fresh perspective on country music. Jason’s unique style blends classic rock vibes and even some hints of hip-hop with traditional country instrumentation. Some of his musical influences include: Zac Brown Band, Sam Hunt, Thomas Rhett, John Mayer, The Beatles, The Eagles and many more.

Jason is a proud supporter of the Carley’s Angels foundation, a charity named after the incredibly talented vocalist Carley Elle Allison. The foundation is dedicated to helping sick children and their families manage costly healthcare issues. Jason performed at the annual Concert for Carley in 2016 and will return to headline next year’s event!

In an industry that seemingly has no shortage of talented artists, it is sometimes hard to stand out from the crowd - this is one problem that Jason certainly does not have. His relentless drive for his career, unmatched dedication to his music, and endless devotion to his fans has put him in the position to become one of the top up-and-coming Canadian Country Music artists on the scene.