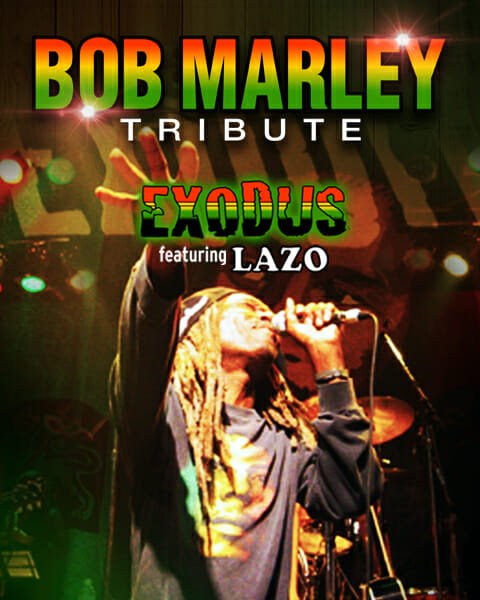 Juno Award winner/Top Reggae Performer Lazo exudes a “feel-good” vibe through his combination of reggae riddims, beautiful melodies, conscious lyrics, and his uncanny ability to connect with his audience. Lazo writes songs informed by his studies in history and political science (he holds a degree in Political Science from the University of Toronto), and his deep empathy for the human condition.
Lazarus J. Finn (Lazo) began his music career at 15 years of age with a band called Black Blood, whose very first album charted #2 and received extensive airplay in the Caribbean. Soon after immigrating to Canada, Lazo formed his own band, Unity, to showcase his original compositions. Upon relocating to Toronto, he created The Lazo Band, and released the well-received recording, “Satisfaction Guaranteed”. Lazo subsequently produced two solo CDs: “Something Real” (nominated for a Juno Award in 1995) and “Impetus”, for Washington D.C. based RAS records (Lazo was the first Canadian artist signed to that label).
“Impetus” is such a strong effort that it was the first independent album to chart on Vancouver’s Z95.3 (TOP 30) and was scooped up by the Washington DC based RAS records, becoming the first Canadian artist to be signed by the label. Lazo’s music video, “Crucial”, produced by Video Fact www.videofact.ca and RAS Records reached #3 on the charts in Guyana, South America and received extensive play on CSN (Caribbean Satellite Network), as well rotating on America’s BET (Black Entertainment Television).
Honoured with awards from industry peers, Lazo was chosen as the Top Reggae Performer of the Year from the internationally recognized Canadian Reggae Music Awards and along with many Juno (Canadian equivalent to the Grammy) nominations; he garnered a Juno Award in 2000 for Best Reggae Recording for his “Heart and Soul” CD. The optimism shared from his beautiful composition, “Love Is on Your Side” captured a Juno nomination as did another album “Something Real” in 1995.
Lazo’s new release, “Passin Thru” ( Y.T. Records 2010), brings out the best in Lazo and is a true testament to his song-writing abilities, a must for industry and fans alike. Available now at LazoMusic.com
Affectionately embraced year after year as the Sunfest festival crowd favorite Lazo’s nickname, “Mr. Sunfest” is well deserved- Artistic Director “Alfredo Caxaj” recently touted…”Is it any wonder we’ve invited him back for a 20th year in a row?”
Lazo tours tirelessly throughout the United States, Canada and the Caribbean. His list of international venues & festivals is ever growing, (i.e. Brazil’s Carnaval de Salvador, El Salvador, Argentina…)
In 2010, Lazo toured the United States and South America as a member of the world renowned Wailers, (Bob Marley’s original backup band featuring Aston “Family-Man” Barrett on bass, and the legendary Keith Sterling on keys.) The South American leg of the tour included African Reggae Star, Alpha Blondie.
In addition, Lazo fronts for Craig Martin’s Classic Albums Live: Bob Marley – Legend performing at venues such as Hard Rock Cafe, House of Blues, and theatres across the US and Canada. Craig recently commented to a fan, ” Lazo has always been an exception to the rule- I can’t control him, and yet I can’t see me doing the show without him.”
EXODUS- The Amazing Tribute to Bob Marley is Lazo’s tribute show to Bob Marley is a MUST SEE. 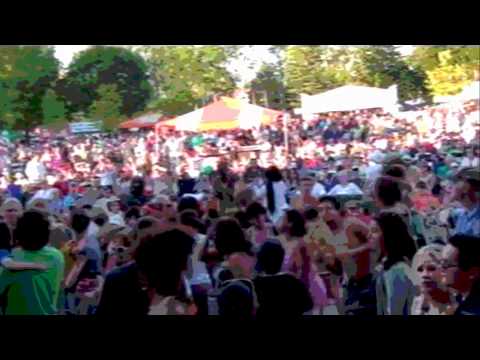 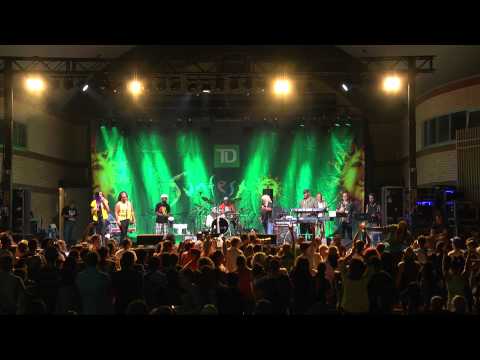