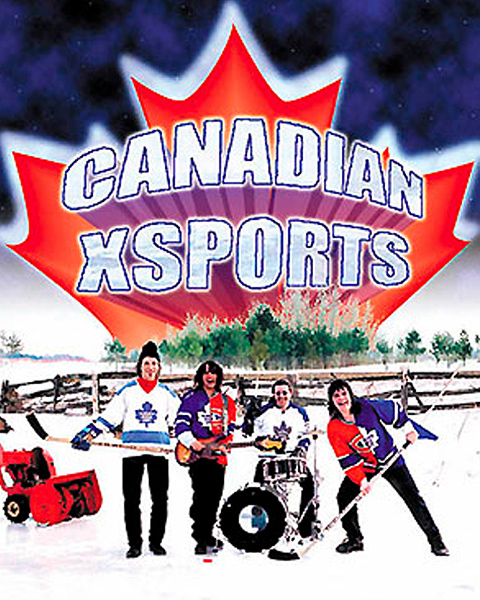 The Canadian Xsports are the ultimate tribute to Canada's internationally famous hit songs, great music that's recognized and loved by audiences of all ages.

The band's stage show incorporates a hockey theme using oversized props that will not be soon forgotten. The band's backdrop is a "CANADIAN MAKE BELEAFS" hockey jersey measuring sixteen feet long and eight feet high, the microphone stands are hockey sticks and the drum set is covered by a goalie net. When the opening theme of "Hockey Night in Canada" starts up, the fans are ready for a for a truly novel performance, full of energy, great stage presence and crowd participation, all the fun and excitement of a fan crazed Canadian hockey game!

The band is fronted by two identical brothers dressed in custom made hockey shirts that sport the rival team jerseys of Toronto and Montreal. Talk about a split decision! These two crazy Canucks have performed together over the past fifteen years playing every major Canadian market and completing several successful European tours.